In Loving Memory of Heidi A. Waxman 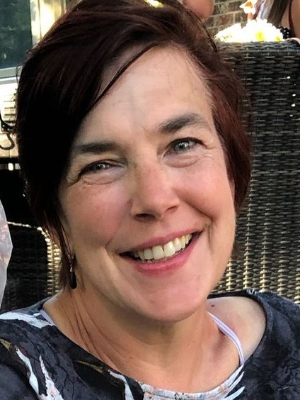 Our Beautiful Heidi with her beautiful smile.

Heidi Ann (Allvin) Waxman of Dexter, MI passed away unexpectedly in her home on July 27, 2020.  Heidi was born in Torrington, CT at Charlotte Hungerford Hospital on March 25, 1965.  She was the daughter of Peter Allvin and the late Helen (Beth) Allvin.

For the majority of her formative years Heidi was raised in Litchfield, CT and graduated from Litchfield High School.  Heidi went on to graduate from the University of Connecticut and later took advanced coursework which led to her becoming a certified cardiac perfusionist responsible for running heart-lung equipment during cardiac, heart transplant and other life saving surgeries.  At the time of her passing she was employed by the Henry Ford Hospital system in Jackson, MI.   Heidi was an intelligent, fun loving and adventurous woman and was active in all outdoor activities.  She particularly enjoyed bike trips she took to Italy, Finland and the Netherlands.

In addition to her Father and beloved step-mother Barbara of North Port, FL, Heidi is survived by her son Samuel and her brother Eric and his wife Michelle of Bar Harbor, Maine.  Heidi was also fortunate to have in her life her life-long friend/sister Kim (Hooper) Haas and her husband Mark of Brighton, MI as well as her special friend Kyle Potocki of Northville, MI and her special cousin Dr. Julie Buckley of Ponta Vedra, FL. Heidi is also survived by several other relatives living in Florida and South Carolina. A small gathering was held at the Hosmer-Muehlig Funeral Chapel in Dexter on August 1st.

Words cannot express the void Heidi’s passing will leave in her family and friends lives.  Her final resting place will be in Schwenksville, Pennsylvania next to her Mother.  Donations in Heidi’s name may be sent to the American Heart Association/American Stroke Association.