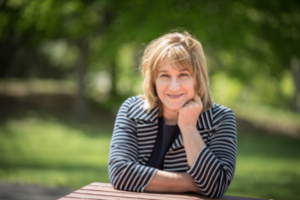 A few weeks ago my, my life as I knew it changed drastically. I had a heart attack. Many of my friends said they were shocked, but not as shocked as I was! I was a healthy 58 year old, exercised 5 days a week and had a healthy diet. Because I was taking care of myself, I never realized how important family history was to my story - my brother died at 44 of a massive heart attack, my mother had stents due to a coronary blockage and ultimately passed at 78 of a heart attack, and my father survived two heart attacks in his 40s.

I went to the ER on a Sunday with all the classic symptoms of a heart attack and was sent home. I went to a cardiologist the next day with all the symptoms, he did no testing, and sent me home again. I had the heart attack that night. After an awful week and barely being able to walk to the end of my driveway, I called my sister, a nurse, who told me to go back to the ER and to stay until they treated me. I had a 99% blockage and had two stents placed. My story would have been very different if it had reached 100%.

I never want to see this happen to another woman and I am becoming part of the efforts of the American Heart Association to tell people about my experience and to inspire people to take care of their cardiac health. Please consider supporting my team for the 2022 Capital Region Heart Walk.