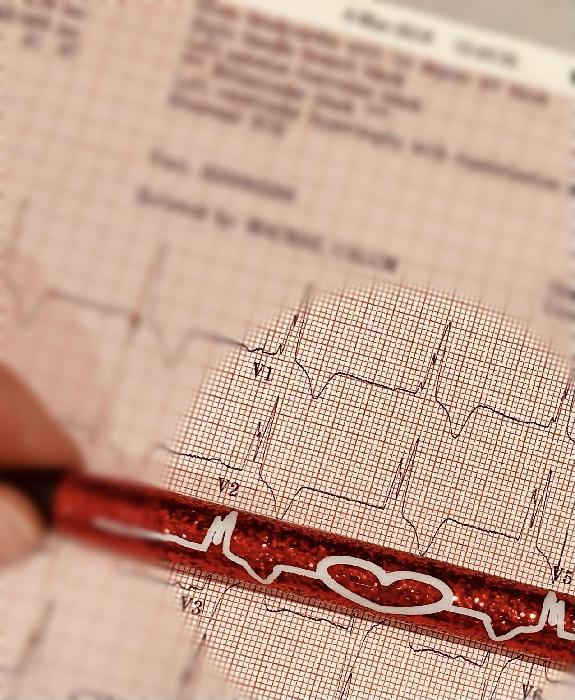 I walk because I CAN walk.
March 2016 my life changed.
December 2017 it changed AGAIN.
My story is long, it's my life story.
This is a long read; it certainly was difficult for me to write.
So, I'll get started - here's my story.

For most of my life I thought being born with a congenital heart disease was no big deal. Even though my Mother felt opposite and struggled with it; I didn't mind going to the doctors more frequently than a kid should. It always meant a treat; whether it was a day out walking around Boston with Mom, or a new toy. Plus, it always guaranteed that I'd get all the attention. Then the trip to Disney Land in California from a wonderful foundation was another bonus; it was my top wish at the time. I also received a Sega Genesis from them.

During my adolescence I had my first heart surgery at age 12. I missed much of 6th grade and had to quit softball because I was afraid I'd get hit with a fast pitch which would dislodge my pacemaker out of my chest. This isn't a concern a kid should have... but I did. It was brutal since I'd woken up during the end of the procedure and had to stay awake until the staples were done being put in... One at a time the nurse stapled my incision closed. The operating room was bright and the sheets were white. I somehow muscled up the strength to whisper to the doctor "I'm awake" - for the rest of that surgery there was a nurse by my side...again I was 12.

At 18 it was time for another procedure- piece of cake I'd thought. Shortly after I’d recovered I was out dancing with my girlfriends and fell to the floor. Little did I know what it felt like to get SHOCKED by my implantable cardiac defibrillator. It felt like someone threw a cantaloupe at my back. The power it had wasn't a joke and I instantly fell to the floor. Maybe it was my fault because I danced too hard and pushed myself too hard ignoring my palpitations. By that age I'd started dating- it wasn't fun telling a boy about my medical reality. Luckily, I found a boy that made sure I remembered to take my medication; I remember he interrupted our mini golf date to remind me it was time. He cared.

By 21 it was time again for another heart surgery. At this point I wasn't scared at all. I'd been through enough and knew I'd be fine in a weeks' time which I was!!! I felt like a superwoman or a cat with 100 lives to live. I started to push my luck and not care how poorly I treated myself because I was that person who wouldn't get to live forever and knew I'd be lucky if I saw the age of 30 so I partied and dropped out of college.

A few years later I snapped out of it, went back to school and choose to be smart. I knew I was toying with fire so I behaved. Unfortunately, the man I wanted to marry died due to high blood pressure and his own heart disease. (B.J.D.). May he and his family be at peace, I can only pray and think of him always.
Eventually I graduated from college, started grad school, began a career in accounting, bought a condo, and felt I’d gotten myself on a good path. Life was good, I was happy.

- March 9th, 2016 -
This is where the true difficulty comes in. My fantastic husband and I had only been married shortly over a year before another surgery. Initially both of us were confident, but as we learned more about the procedure, we started to understand the associated risks. It got a little scarier for us but I was head strong and adamant that I wanted to follow through with the plan. I had one of the best lead extraction surgeons in the world. I trusted him and wanted to feel like a new woman after he would remove all the wires from previous procedures.
Unfortunately, the March 9th, 2016 procedure which should've been an overnight hospital stay turned into a 1 YEAR recovery. If you’re still here reading this story I thank you. Here comes most of the gruesome details but I'll just cover the basics.

I was excited for a chance to have all my old leads that were placed in my body decades prior removed. I imagined that I'd feel like a different person without foreign objects running through my veins. Unfortunately, God had a different plan for me. I think He knew I could be fighter with a strong heart that is too large for its own good.

Here is WHY -
My electrophysiology team attempted to extract the wires, but they got stuck due to scar tissue - a complication that was explained as a possibility prior to signing up for this operation (I knew there was a backup plan to try to extract through my femoral vein instead). Unfortunately, when the doctor tried pulling the wires down from my chest to my groin, they became tangled up with other wires that remained from previous surgeries. Wires ripped and broke but they retrieved most by pulling them through my right leg. This technique tore open my femoral vein and the bleeding wouldn't stop.
Due to the strength of my heart and the pressure of the blood flow I lost a lot of blood and had 8 transfusions that day while I was in the operating room. My blood pressure dropped to scary levels and the doctors said to me I gave them a scare- they started to pump my heart with a balloon technique.

An emergency vascular team was called into the procedure and they determined that my vein couldn't be repaired. There were numerous blood clots due to the blood loss the doctor was putting pressure on the vein causing the clots. A filter was placed in the vena cava vein to trap clots from traveling from my groin to my heart or lungs or brain. Eventually they decided to sever the vein and tie it off hoping I'd grow new ones.
Finally, I was stable and moved into the ICU in a medically induced coma. My memories of those coming weeks are strange and I don't want to touch too much on the mental struggles I'd face going forward. I was hospitalized for almost two months then transferred to Spaulding Rehabilitation Center where I had intense inpatient therapy for weeks. I was literally faced with learning how to walk again. I started in a wheelchair, moved to a walker, then got upgraded to my cane and was discharged.

At home the struggle continued as it took me a full 6 months of outpatient physical therapy...I couldn't work or drive. Life is hard. Thankful that my husband was there every single day, he motivated me to get better. My friend and family motivated me too. Eventually I could walk without a cane and return to work and drive. I got better!!! I didn’t have the same strength or the same mind set. I also was diagnosed with permanent deep vein thrombosis which meant compression socks, blood thinners, and pain during the wintertime. I have nerve damage - less feeling in my right leg but electrical shocks because new veins were growing. Like when an adolescent boy gets growing pains.... I think.

The impact of my 2016 surgery was a tough pill to swallow. It changed my life. I felt liberated and had a brand-new perspective on life and our planet Earth. I learned what being grateful really meant. Sitting in traffic stopped stressing me out. There are worse things in life to stress about. Listening to people complain about basic things sickened me. My perspective was I was going to celebrate life and live the best way I could. I visited 13 of the United States that year... 2017 was a good year. I wanted to celebrate it on New Year's Eve and look forward to the future but during that time I was becoming run down. My father was sick and lives 3 hours away in a nursing home. Many weekends I drove to see him. During that time I had a severe cough and felt bad for months. I ignored it for so long but finally found the right doctor to investigate my illness.

It was New Years Eve when a bacterium had infected my blood stream and I received a call from the doctor who ordered me to check myself into the hospital for further testing and observation immediately. Of course I didn't want to go as I had a brand new dress to wear for NYE and didn't want to waste the money I'd spent on the game but we drove from Foxboro back to Boston and went straight to the E.R. per doctor orders.

The infectious disease specialists got involved and it was recommended to clean my heart as the bacteria found in my blood could kill me. I was told that open heart surgery was my only option. After 11 days in the hospital my husband and I agreed to move forward with the open heart procedure and boy oh boy that was another difficult few months. Once strong enough, I began a cardiac rehab program and after 6 months I went back to work.
The last part of me to recover is the PTSD and anxiety- it's still a struggle. I'd say that is more difficult that the physical. Sometimes I catch myself wondering when will be my next procedure. How long do I get to live? Will my heart kill me? Can I really trust my body?

Honestly it's mentally challenging, especially living through a global Pandemic. I was terrified and anxious, couldn't understand why other people were not scared at all. When I realized that not all people are high risk individuals, and might have an increased level of comfort with the virus than I do. Why do some people want a vaccine but others won’t get it, the point is that we all handle stress in our own way. But being high risk during a pandemic triggered me on a daily basis because I was scared I would get sick and die.

In any case, here I am - vaccinated x4 and doing well, living the rest of my life as it's the best of my life!!!

I walk to raise awareness, to use my legs and body that I'm so grateful for. I walk to connect with other people who struggle with this - to let people know they aren't alone in the fight. I'm a survivor time and time again. I'm strong. I'm lucky. I'm walking to reach out and talk to people who are willing to listen and support such a great cause. Please consider walking with me and donating to a fantastic association.

Did you know that giving brings joy to you and life to so many others? When you donate to my Heart Walk campaign, you get something back that's priceless - satisfaction knowing your donation helped fund research that could cure heart disease and stroke. Do your heart some good and please contribution today!