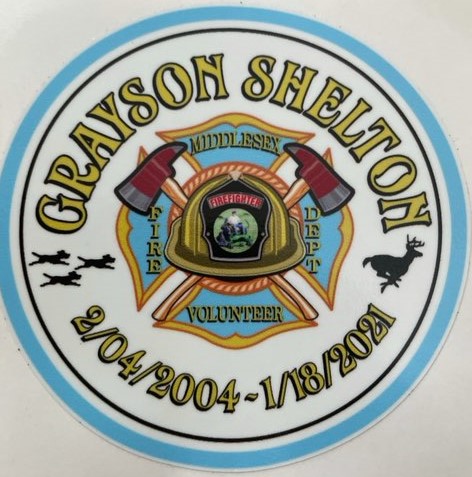 In Loving Memory of Grayson

Grayson was born at 34 week at VCU in Richmond, VA. Grayson spent a month there in the NICU with a wonderful group of nurses. It was then discovered, Grayson’s PDA did not close and was causing additional stress on his lungs and heart.   After several unsuccessful heart catherizations, Grayson was flown to Children’s Hospital of Philadelphia.  He underwent open heart surgery at 31 days old to repair is PDA.  Grayson beat all the odds and thrived in life.   He visited hospitals for follow up appointments, MRIs, blood work, echos and additional testing over the following years.   He continued to fight and show he was a determined child who loved life.  He went on family vacations and loved being outdoors.

In 2018, Grayson was diagnosed with ARVD,  Arrhythmogenic Right Ventricular Dyplasia.   ARVD is a rare form of cardiomyopathy in which the heart muscle of the right ventricle is replaced by tissue.   The right ventricle is dilated and contracts poorly.  This is also known as “sudden death disease”.   Grayson adapted well, he learned his new limits and followed through with his daily duties in life.   Not much kept Grayson from achieving his goal in life to become the owner of a Lawncare Business.   Grayson started cutting grass at the age of 8 and quickly grew his cliental.  In 2020, he became the owner of his own lawncare business.   He was cutting approximately 40 yards a week.

Grayson was a senior at Middlesex High School.  He always had a smile on his face, and not much stopped him from helping others.   He helped the elderly in our community, when they were unable to pay for lawncare services, Grayson would donate his time and cut their yards for free.  Grayson was also very active in Middlesex Volunteer Fire Department.  He was always quick to offer help when needed.   Grayson also enjoyed hunting. Just being outside is what he enjoyed.

On the night of January 18, 2021, Grayson became ill and we knew it was his heart.  He was flown by LifeEvac to VCU where an amazing team of doctors worked on Grayson for over four hours.  After going into cardiac arrest several times that night, Grayson ultimately went to the Lord in the morning hours of January 19, 2021.  Grayson was at peace. Grayson was the light in his parents’ eyes, as he was their only child.   He worked hard to overcome so many obstacles in life.  He had a big heart was very compassionate for those, including kids who had health issues, as he related to them himself.  Grayson will be missed and he left a legacy behind in Middlesex County, VA.

The Heart Walk is a time of celebration, joy and inspiration. People unified in support of a single goal: to see a world free of heart disease and stroke.

Be a Heart Walk Hero with us and together we’ll help save lives.