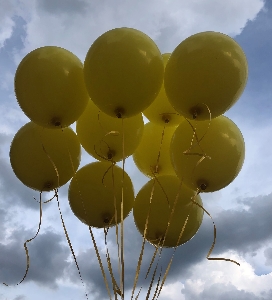 Our dear friends, the Sievers Family, welcomed a happy, healthy baby boy in January of 2008 named Nash.  He grew in much the same way as his older brother and was a wonderful addition to their young family. Little did they know the struggle he was going through on a daily basis.

On July 1, 2008 - just shy of his 6 month bday - Nash began having extreme difficulties eating his bottle and was taken to the hospital to run tests. Within hours, his condition worsened and the tests became more and more serious. During an echocardiogram, they found out that he had fluid throughout his heart and lungs and the prognosis wasn’t good. By that evening, Nash had gone into cardiac arrest and despite the doctors efforts, he passed away. They found out days later, Nash had an undiagnosed heart defect, where his left ventricle had enlarged to such a size that his heart had to work too hard to get it to do it’s job. And they had no idea.

Nash would be 13 now and in 8th grade. It’s hard to believe so much time has gone by, but doing things in honor of him are what brings them so much peace and joy. He will always be a huge piece of their family no matter how much time has passed.

I know what it is to long to hold a child that you never will again.  Nash holds a special place in my heart along with my own angel baby girl.

The American Heart Association funds research to help detect congenital heart defects early on in a baby's life in an effort to prevent parents from walking this road.  No parent should live through what the Sievers have.

We are walking on Saturday, December 11th to raise money for the American Heart Association in honor of baby Nash, gone too soon from this world and from his parents' arms.

Please support our walk by making a donation to our walk.  Every donation is so special to us and much appreciated!