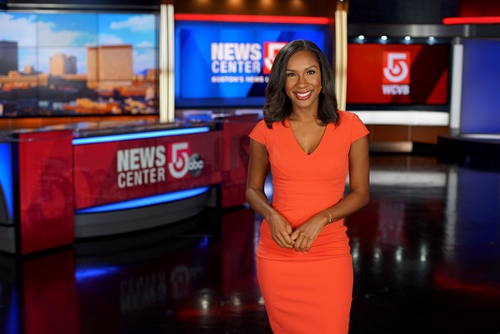 The American Heart Association is excited to announce that Jessica Brown will be making her debut as emcee of the Boston Heart Walk on September 17 at the Hatch Shell.

This will be Jessica’s second event volunteering with the American Heart Association in Boston. She served as emcee of the Heart and Stroke Ball in April.

Before coming to WCVB, Jessica was a weekday morning anchor and lifestyle host at WXIX-TV in Cincinnati. While at WXIX since 2012, Jessica’s live, breaking news coverage included many high-profile stories including the murder trial of Ray Tensing, the aftermath of George Floyd protests, and more.

Prior to joining WXIX, Jessica was an anchor/reporter at KSNF-TV and KODE-TV in Joplin, Mo., where she not only experienced but covered one of the deadliest tornadoes in history. She rode out the tornado in her bathtub, ultimately losing her apartment to the storm. She praises the Joplin community’s incredible resiliency in the wake of the storm’s devastation. Jessica’s career in broadcast news began over a decade ago at WAGA-TV in Atlanta.

Jessica is an active member of the National Association of Black Journalists. She is also very dedicated to community service and believes service is one of the ways she feels connected to her faith. She is especially passionate about volunteering her time to mentor young girls.

A native of South Florida, Jessica hails from a multi-cultural background. Her father is Jamaican and her mother is afro-Costa Rican (pura vida!). Her heritage has inspired her to seek out opportunities for travel and adventure and has fostered a love of exploring different cultures around the world.

Jessica earned her B.A. from Florida State University. Outside of the newsroom, you can find her at the dog park with her pup Rocco, checking out new eateries, and traveling the globe.