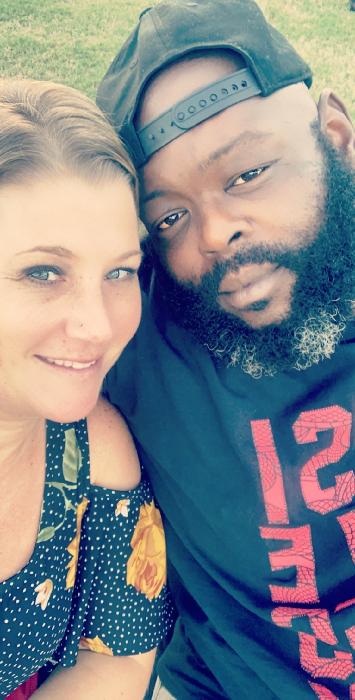 Many of us have family members and/or friends that have heart health issues. When I originally signed up last year to be a part of the Heart Walk, it was to represent two important people in my life, my mother and my grandfather.  My mother was born with a hole in her heart in the 60's, when medical advances were not as advanced as they are today. In 2006, my grandfather passed away from a heart attack.  On November 7, 2019 a third, very personal reason was added, my boyfriend (pictured above).  That night, within moments of saying good night and I love you, and closing our eyes to go to sleep, he began making loud noises, which I thought was related to his sleep apnea.  As I had done before, I tried waking him but quickly realized the problem was not sleep apnea.  The noises stopped and I realized he was not breathing.  I called 911 and began CPR.  While waiting for the paramedics to arrive, I felt his pulse fade away.  Once the paramedics arrived, they began working on him and asked me to leave the room.  I knew it was so that I would not have to witness them potentially not being able to resuscitate him.  What followed was the longest ride to the hospital.  As I sat with the doctors discussing the events leading up to his passing, we realized there were signs of heart health distress that we attributed to other issues.  The first sign was left, upper back pain for which we made a chiropractor appointment.  The second sign was profuse sweating during dinner which he attributed to the spicy food he was eating.  The third sign, was him slouching over on the side of the bed because that lessened his back discomfort.  Even with both of us being trained in CPR, we still mistook these signs for other things.  He was only 38 years old, very active, in good physical shape and was a police officer so don’t discount the symptoms of a heart attack simply because you are young and in good shape.