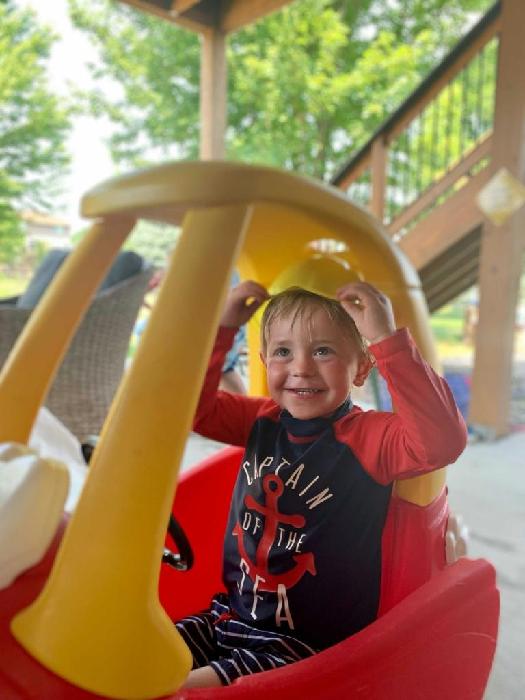 Sawyer was born on July 22nd, 2018. When he was 9 hours old we found out that Sawyer had something wrong with his heart. A pediatric cardiologist confirmed he had Tetralogy of Fallot with Absent Pulmonary Valve. Which is a combination of 4 different heart defects. He was transferred to a Children's Hospital to have his 1st open heart surgery at just 3 days old. During his surgery his left vocal cord was damaged and feeding was difficult. We finally went home when he was 3 weeks old. At 5 weeks old Sawyer had a cardiac catherization to place a stent in his left pulmonary artery that was not connected at birth and was patched at the first surgery. At 4 months old he had another catherization to balloon his stent to make it a little bigger. It went well but his pressures in his heart were still too high. At 7 months old Sawyer had his 2nd open heart surgery to patch and make his pulmonary arteries bigger and replace his pulmonary valve. He had a lot of complications after surgery including getting MRSA (staph infection). We were inpatient for another 3 weeks. Since then he has grown into such a smart, fierce and courageous little 3 year old. He will need more surgeries in the future and will be followed by cardiologists for life but for now he has no restrictions and we can treat him just like any other 3 year old!