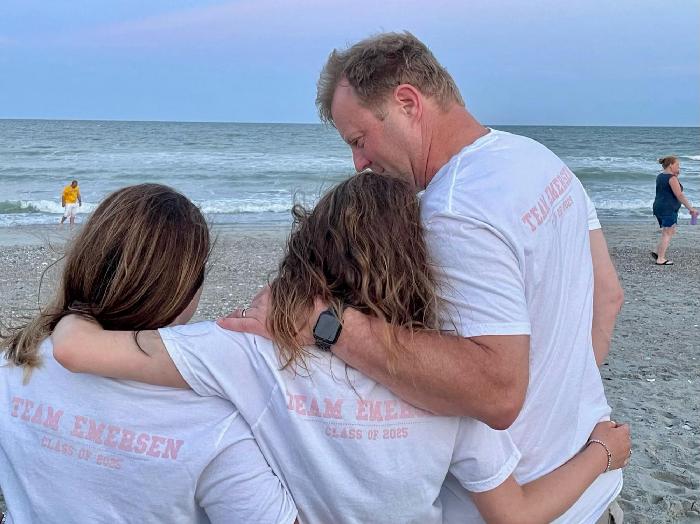 Along with the rest of the world we were eagerly anticipating the end of 2020 and the excitement of starting fresh New Year.   However, our year did not start as planned.  My only niece and God-daughter, Emersen, a bright, enthusiastic, athletic, optimistic 13-year-old became sick with what we believed to be a stomach flu the day after Christmas.  After two days of feeling tired and lethargic she woke up Monday morning and fainted which prompted us to take her to Nationwide Children's Hospital Emergency Department.

While in the ED, Emersen’s vital signs and various tests all appeared normal.  However, the ED physician, feeling that something may still be wrong, suggested that we consider keeping her in the hospital overnight for observation.  It was in the early hours of the following morning when our journey with NCH would truly begin.  Emersen’s blood culture revealed that she had MSSA, a bacterial infection in her blood.  Within 24 hours following the diagnosis of MSSA, we learned that the infection was impacting her heart.   Emersen had bacterial endocarditis and required open heart surgery to repair her mitral valve the very next day.  After several days in the hospital, we were released and we thought that our lives were moving forward until a routine visit from the home healthcare nurse, along with an abnormal blood test result, required us to return to the hospital.

It was during this trip to the ED that we learned that the bacterial infection continued to damage Emersen’s heart and she would need to have another open-heart surgery to replace the mitral valve.  This second surgery occurred exactly 2 weeks to the day from her first and it wouldn’t be the last.

Two weeks following the second surgery, Emersen was diagnosed with a rare aneurysm in her heart requiring a third emergency open heart surgery.  In the days and months that followed, Emersen developed Organizing Pneumonia, multiple blood clots and suffered a stroke.

Today, after 160 days spent at NCH, Emersen is enjoying her life as a teenager, attending high school in person, spending time with friends, and planning for her future.  After her experience at NCH under the care of talented doctors and so many wonderful nurses in the Cardiac ICU, Emersen would like to enter the medical field so she can help and support children in similar situations.

Heart disease is still the no. 1 killer in out nation and stroke ranks no. 2 worldwide. You could do something to change that.

We are walking together - not only for our own health, but also for yours. And for the health of our parents, our children, and our grandchildren.

The Heart Walk is a time of celebration, joy, and inspiration. It's also an event where people work together to support one single goal - to create a world free of heart disease and stroke.

Be a heart hero. Be a relentless force. Be a part of an unstoppable team. Join us now and together we will help save lives.