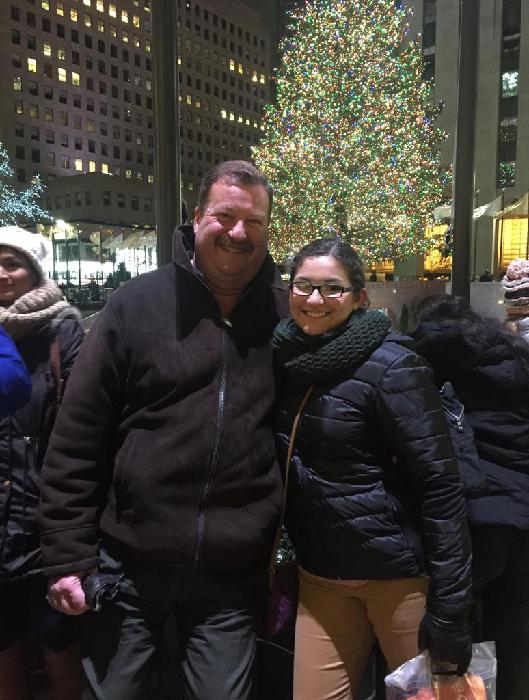 February 9th, 2016, I was told the words "Daddy died" when my mom picked me up from school. I started crying asking, "Poppop died?", when my mom told me the worst words I've ever heard in my life, "No honey, your daddy". When I got to my dads house, I ran in to see his blue body being pulled out on a stretcher. I threw myself on him crying, but was pulled off by paramedics, who said they did not know if he died from something that was contagious. Then, at 16 years old, I had to plan my dads funeral, watch them lower my dad into the ground, and realize that my dad died, and wasn't coming back. Since then, there has not been a day that has gone by that I have not missed my dad. When the autopsy came back, we found out that he died from a heart attack. The last time I saw him was the Saturday before, when we went to the American Heart Association's Heart Ball. I couldn't believe that we sat through that whole Heart Ball talking about heart attack awareness, and none of us realized that my dad was having a heart attack. Later we found out that he went to the doctor and told the doctor that he had severe chest tightening; they told him he would be okay and to go home. He was supposed to go to another doctor Tuesday morning; he never woke up Tuesday morning. This is why we need to educate more people about heart attacks and the signs of a heart attack. I am driven to help spread awareness and raise money for this good cause, because maybe, if more people have more knowledge about heart attacks, and there is more money put into the American Heart Association, no other little sixteen year old girl will have to hear the words "daddy died" and find out that it was from something that could have been prevented if people were more educated about the symptoms and saw the signs.