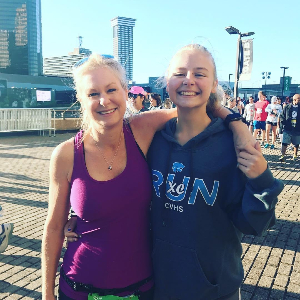 I lost my younger cousin to a heart related fatality. Rhett Davis was young, active member of his community with two sons and a daughter. He worked with life-long friends as a fire-fighter and brought light into everyone's life just by his smile. Rhett was that crazy little cousin at the beach that would tag along when his sister and I wanted to look cool. Later he became the kid who would wake everyone up at 1:00am because the changing tides brought in the shrimp. As an adult, he had grown into the cousin that everyone enjoyed having around to lighten the mood of the room and share the laughter at his latest antics.

I walk because Rhett can no longer coach his kids' baseball teams.

I walk because Rhett can no longer play tennis with his wife.

Sometime just a healthy life-style isn't enough. The funds raised will benefit everyone!